Florida in the Confederate Economy

Florida's major contribution to the Confederate war effort was the supplying of much-needed beef, pork, corn, and molasses to feed the southern armies. The relatively sheltered nature of the state's northern interior, free from most large federal raids, allowed cattle to be raised and food crops to be grown. The other commodity that Floridians produced was salt, which was necessary to preserve meat. Salt-making along Florida's Gulf coast involved boiling seawater in large kettles or containers to evaporate the water and collect the salt.

The southern economy and its military efforts were closely tied together, since much of the economic activity directly supported the Confederate war effort. Some southern officials served as both civil tax agents and commissioned military officers responsible for acquiring food and supplies for the military.

Southern economic targets in Florida were attacked in small Union military operations, such as cavalry raids in south Florida to seize cattle, navy raids against saltworks along the coast, and the Union naval blockade to prevent the import and export of goods. To protect cattle in south Florida, southern authorities formed small military units called the "cow cavalry." 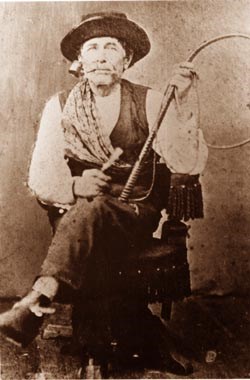 Photograph of a cattler ancher from Florida 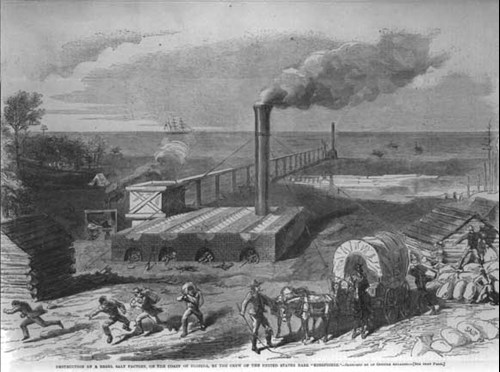